Home > Lifestyle > Cracking of joints- good or not? 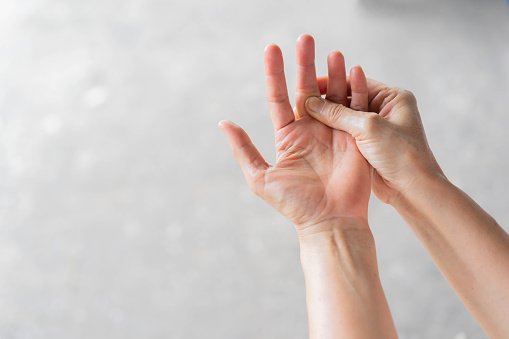 Cracking of joints- good or not?

The cracking of the joints is often a common habit seen in a lot of people. This is especially seen in the joints of the fingers in the hand and legs (medically known as phalanges). Many people say that this is a very bad habit and can degrade your joints. However, to confirm this, it is essential to find the reason for the sound. Then, based on the cause we can conclude that whether the habit is good or not. This would be an appropriate and better approach.

To understand the noise, it is essential to understand joints. Joints can be called the nuts and bolts of the body. The joints are a medium of connection between several bones. There are about 360 joints and all of them fall into three main categories and have some subcategories. The table below well represents the classification.

Hence it is to be understood that the freely moving joints (synovial joints) are those which are capable of producing the cracking sound. Also, not all of them can do so, it is the phalanges of the hands and legs, the elbow, the neck, and sometimes the knee which can produce the cracking sounds.

The important characteristic of synovial joints is the presence of synovial fluid and a fatty layer. There are two specific functions for the fat layer. An important feature of fat is that it has the highest affinity for nitrogen. Affinity can be known as “chemical love”. Like it can be considered that nitrogen is a drug for the fat in our joints which has an irresistible addiction towards it (just for analogy, please don’t even think about drugs….).

i)       To provide protection from mechanical damage; For instance, banging the fingers/knee onto a wall

ii)     To trap the heat; heat is required for internal mechanisms to occur, so fat (adipose tissue) must encapsulate the heat

Two important facts have to be known relevant to this phenomenon. The first is the atmosphere; it is a collection of enormous amounts of gases, liquids, and lots more. What is trivial is that nitrogen constitutes about 78% of the total atmosphere. Phew! That is indeed huge. Another aspect is the process of diffusion. Diffusion is a passive method of gas transportation that moves from a higher concentration to a lower concentration.

So what happens is that the nitrogen diffuses from the atmosphere (high concentration) to the fat present in the joint (low concentration). As a result of this process, nitrogen bubbles get accumulated in the gaps in the synovial fluid. As we press the joints or do any movements, the bubbles inside the gaps are forced to be released out. This process is known as capitation and as a result, a popping/cracking sound is developed.

To conclude, the release of the nitrogen bubbles are the ones responsible for the popping sound and this activity has nothing related to the health of the joints. You can pop the joints and this is not a bad habit (in the sense of health). Make sure that you don’t disturb others in the process!!

Some Life Hacks to Stay Cool And Healthy

Know Why Ice Cream is Harmful to us

HOW TO BE COOL?